The IVECO Powerstar is a very popular truck in the Dakar rally. The Eurol Team De Rooy IVECO, with Martin and Mitchel van den Brink and the Boss Machinery Team De Rooy IVECO, with Janus van Kasteren and Vick Versteijnen as drivers will be at the start in the 2023 Dakar edition with an IVECO Powerstar. In the past, WSI Models has already been allowed to make several Dakar models, so a link to these teams was quickly made.

As a basis we have chosen an existing model of the IVECO Powerstar. We have upgraded this to the current 2023 Dakar version, with the chassis and cabin largely unchanged. The nose and superstructure are completely new.

The Dakar fever is also increasing at WSI Models. If you don't want to miss anything in view of other Dakar scale models, including Martin van den Brink's Trakker, keep a close eye on our website and socials. In the coming time we will keep you informed about the rally and new Dakar models.

The first scale models of the IVECO Powerstar of Team de Rooy IVECO can now be reserved in the Eurol Rallysport. Expected delivery end of April 2023. 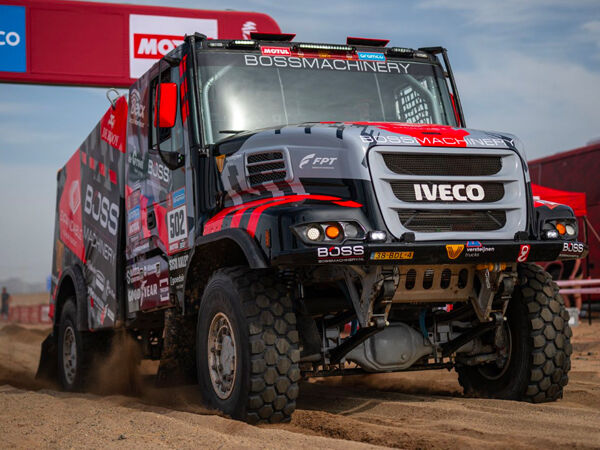