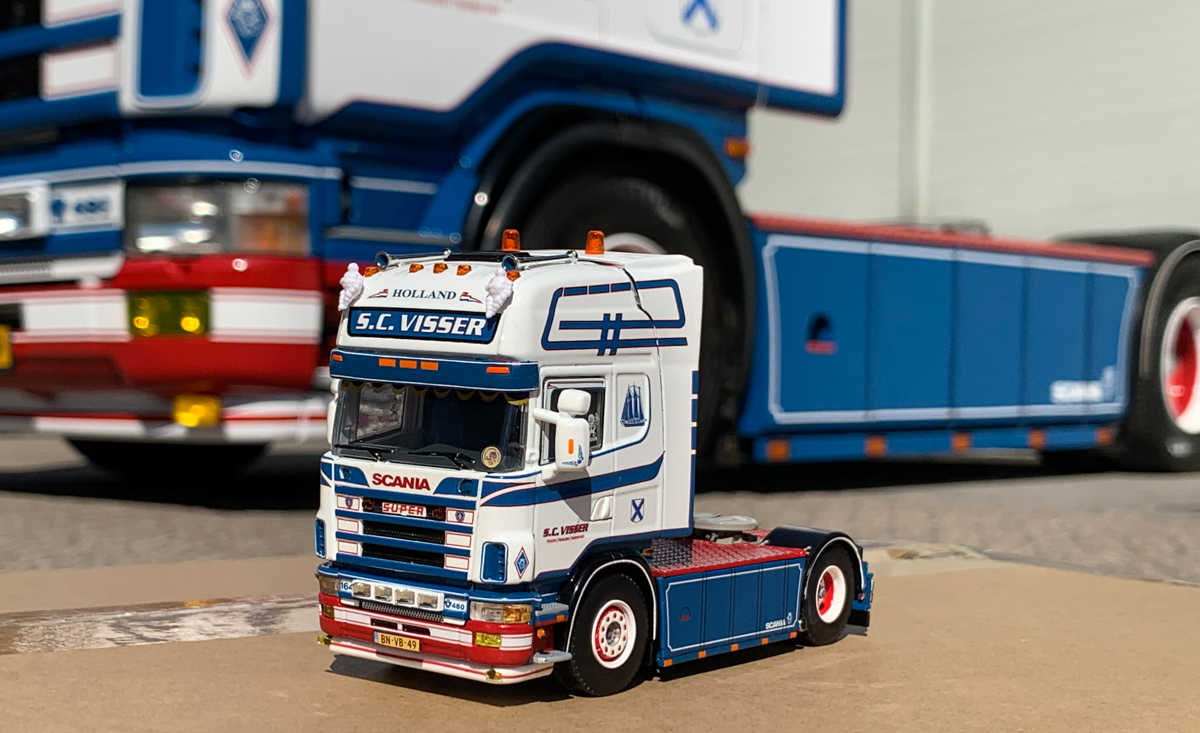 When it was announced that WSI Models was going to develop a miniature of the Scania 4 series, a number of editions were on the wish list of various dealers. One such edition was Katwijk-based A. Ouwehand & Zn.’s 164G 480 V8 Topline. Many a young truck fan had a poster of this truck on their bedroom wall, including Stefan Visser. In 2010, this spontaneous young man from Kootwijkerbroek started with the purchase of a Scania 143 as a hobby truck. He registered with the Chamber of Commerce and two more Scania's would follow before the first one was sold once more. A wide range of sizeable trucks were passed in review. As a result, the trade in trucks and trailers was born out of pure enthusiasm.

Honeymoon
During his honeymoon in 2019, he spotted the first pictures of this fully air-suspended 4 Series Topline on a sales site. Stefan explains, ‘I was about 16 years old and Ouwehand’s Scania was frequently mentioned on the V8power.nl internet forum. I even had the poster from Trucks Magazine hanging above my bed... I just had to have this truck, and so the sale was agreed from a beach bed in Curacao.’

Stefan had his reservations when the truck from Bulgaria had actually arrived at the dam. The 2003 V8 initially looked good in the photos, but once it was back at the yard this was not the case. ‘Initially, I stored it in the shed for a year and had technical checks performed on it. I then had it repaired where necessary at TTS in Barneveld.’ After that point, the fun work began: truck builder Sjaak Kentie from Schoonhoven was given the task of restoring this Topline to the same condition as he had done 18 years earlier for Gert Ouwehand. Everything had to be restored to the same conditions as if this truck was delivered new, including the diesel tank, Danish crates, lamp slats, rear bumper, exhaust system, and deck.

Show truck
The interior was included in this restoration, and now once again features Danish blue upholstery with cream chesterfield-pattern leather. After another six months in the barn, the truck was driven to Spuiterij Ploeg in Woudenberg and all the new parts were given a new layer of paint. This is how the truck regained its former lustre bit by bit. Stefan will not be selling it any time soon, as the truck has too much emotional value. As such, the eight-cylinder vehicle is regularly taken out of the shed for a drive on Saturday or a trip to a truck show. The Scania is a real passion project for Stefan: ‘You could call it a hobby that has gotten out of hand.’

WSI Models has produced a small exclusive series of the S.C. Visser edition of the Scania. We have produced this ‘Kattek’ legend in the familiar A. Ouwehand & Zn. colours especially for collectors. The model is now available from our dealers and in the WSI shop. 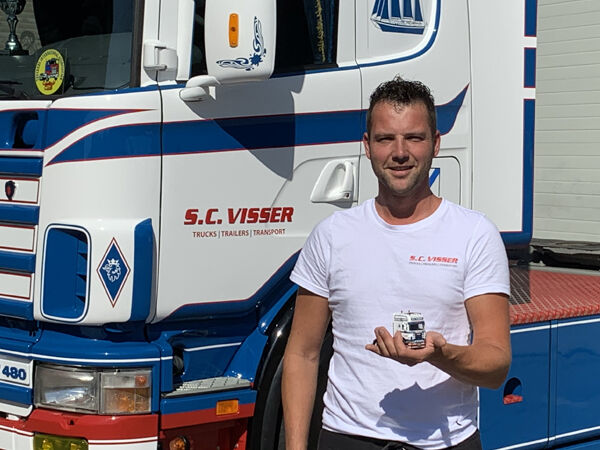