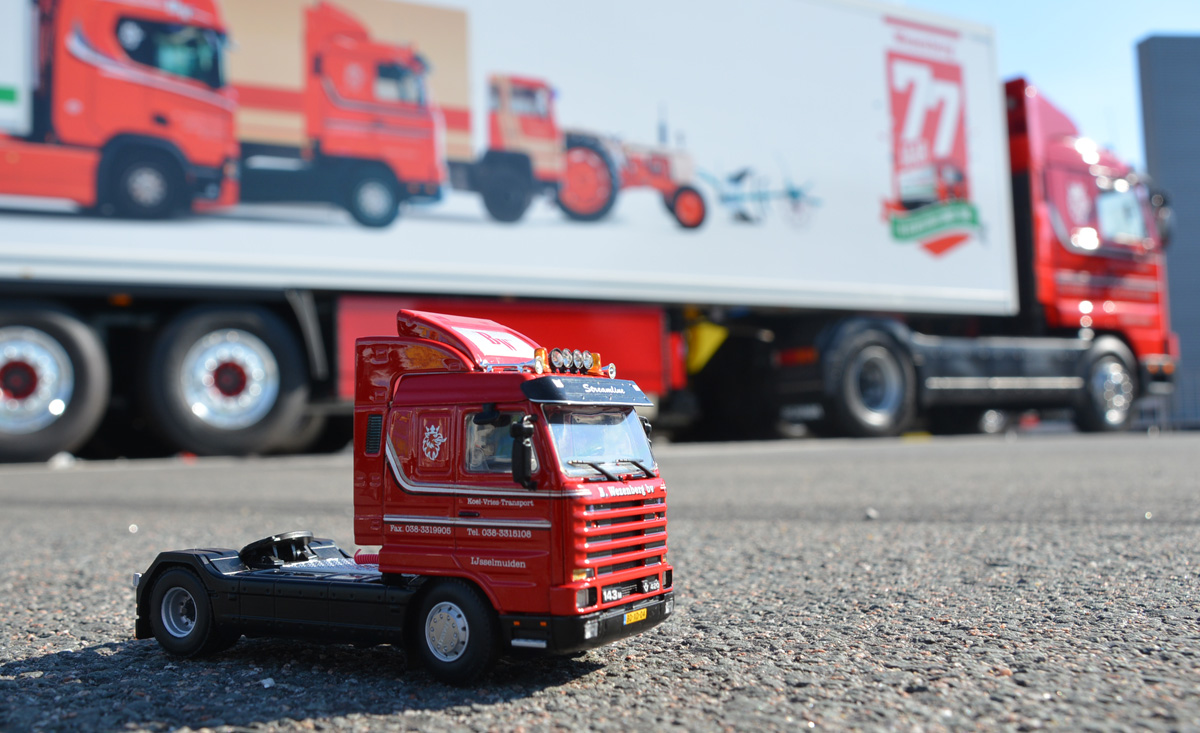 This was more than made up for on 2 and 3 September this year, with a weekend full of festivities for staff, business contacts, and other guests.

Since its foundation in 1945, Wezenberg Groep has specialized in fruit and vegetable transport. What started out as a horse and cart became an agricultural tractor and trailer in 1966 until the first truck in 1981, a DAF 2300, and the first Scania 81. This marked the beginning of the transport company. From then on, the Scania brand has been a permanent feature at Wezenberg Transport, with almost all series by the Swedish brand making an appearance.

WSI Models recently had the honour of producing a scale model of the Scania 143 Streamline for Wezenberg Groep, which the company had restored several years ago.

Given all this, we just had to take a photo in front of Wezenberg Transport’s special anniversary trailer! 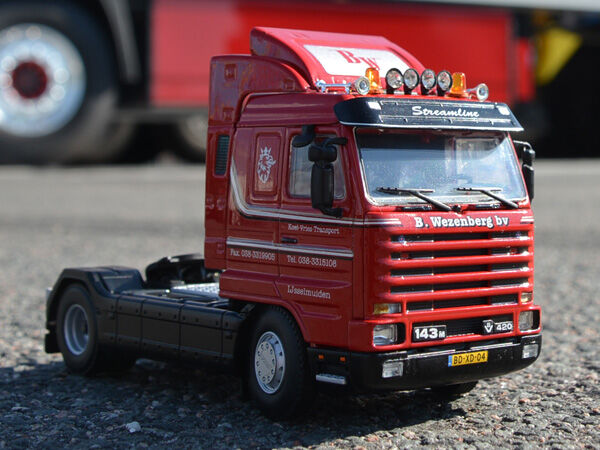